Use your UHCL ID card to borrow books and other materials.

► to authenticate from off-campus for databases and e-resources

The viewing assignment for this week is a little different...instead of watching one specific video, Dr. Howard would like you to go to the Films on Demand database and do a keyword search in the search box for "Watergate Burglaries." This will bring up a number of videos from the trial and all are approximately 2 min long (some shorter!). View all of the ones on the first page (screenshots are included below for clarification).

If you are having trouble with particular assignment, please feel free to email Katherine, or stop by the library and talk to the Research Librarian on duty---they will be glad to help you locate the videos! 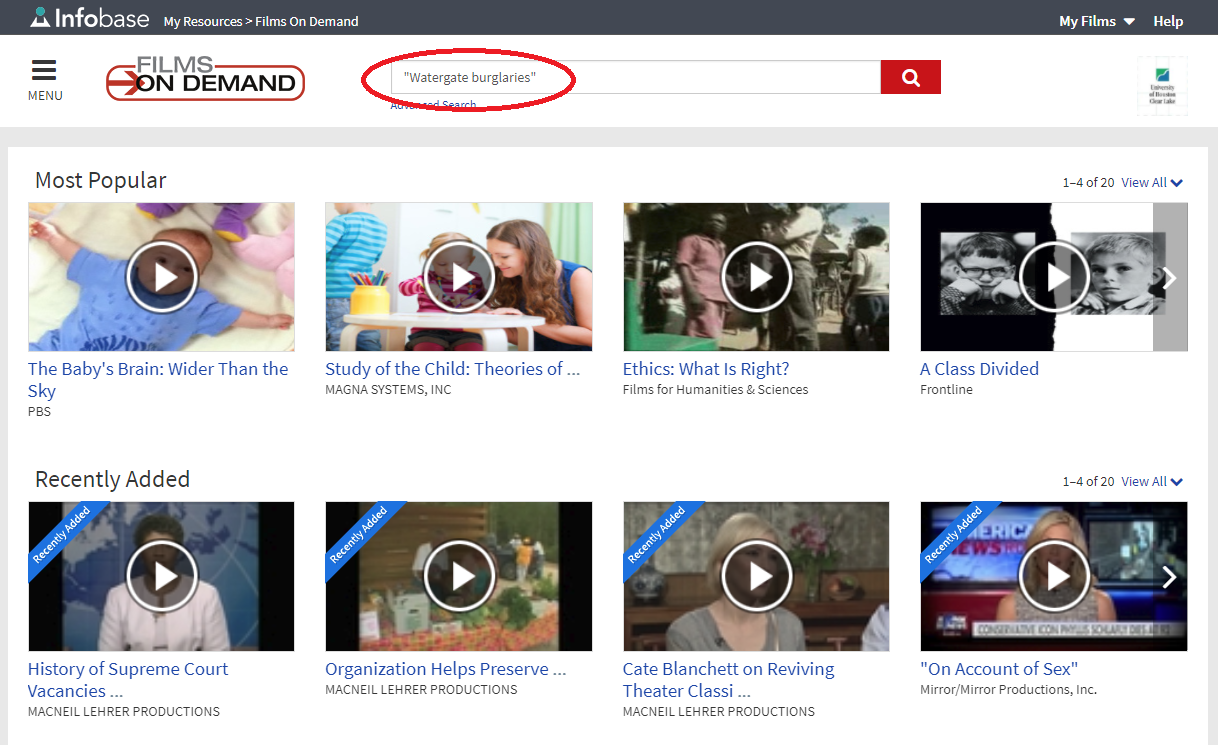 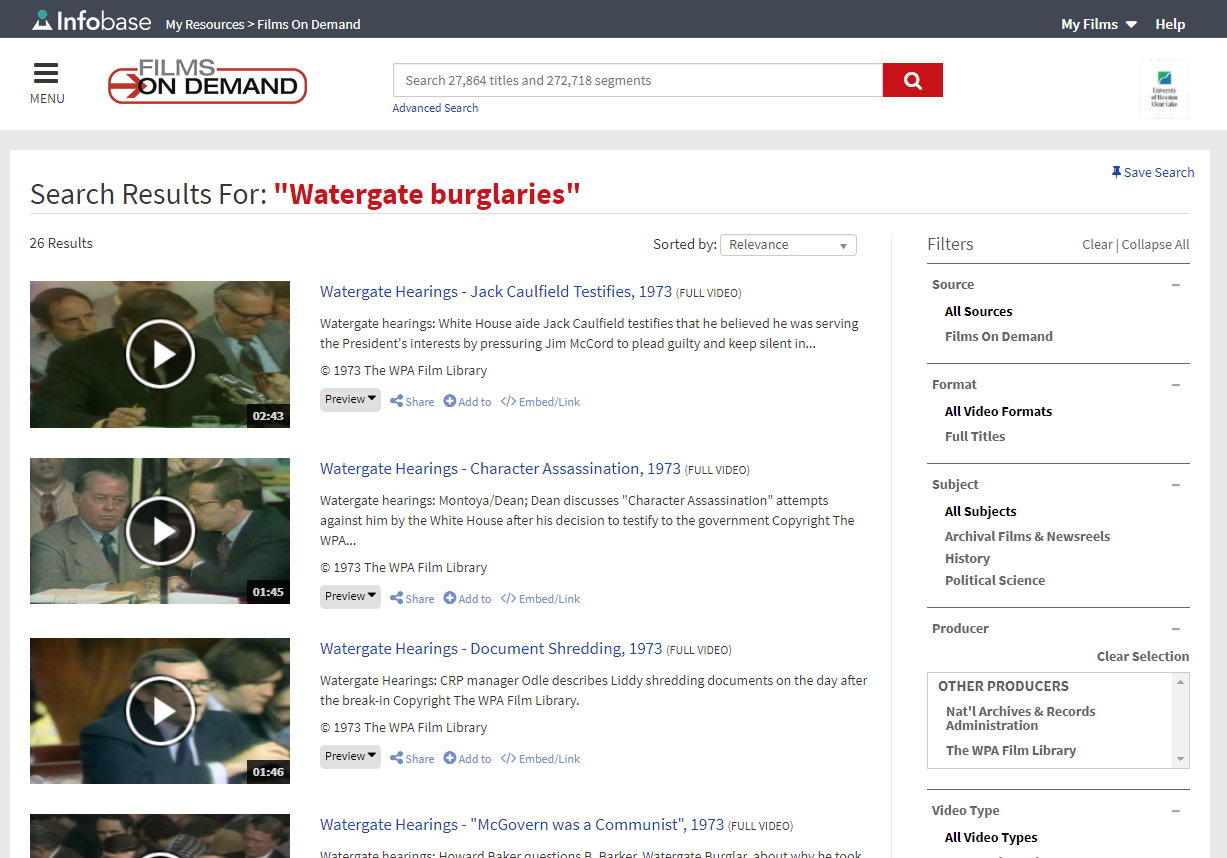